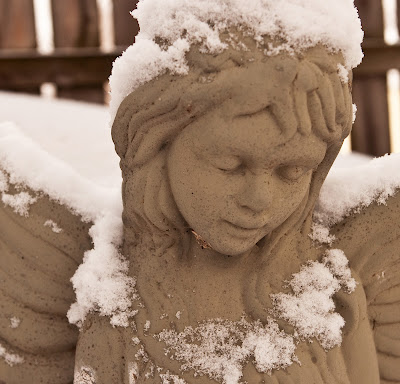 There is no season such delight can bring
As summer, autumn, winter and the spring.
~William Browne


Posted by rocksandfeathers at 1:56 PM No comments: 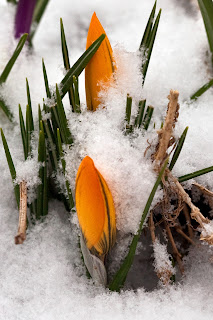 "The snow doesn't give a soft white damn whom it touches." - E. E. Cummings 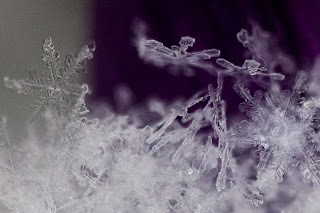 Posted by rocksandfeathers at 4:28 PM No comments: 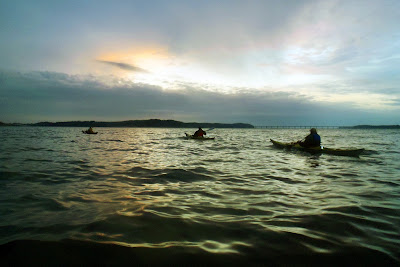 Posted by rocksandfeathers at 10:34 PM 2 comments: 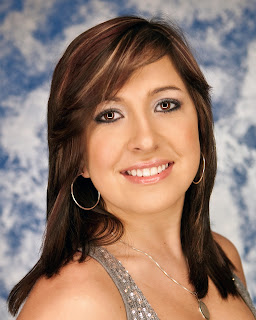 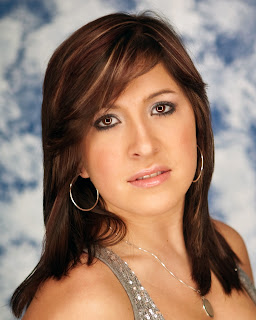 Playing with lights; fun, but no, I don't plan to quit my day job to shoot weddings and senior photos.  Still fun though.  :)
Posted by rocksandfeathers at 8:20 PM No comments: 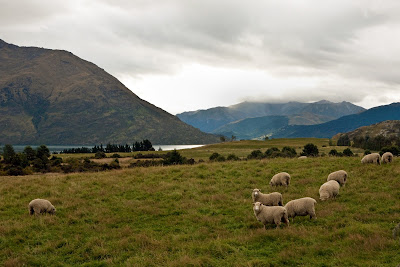 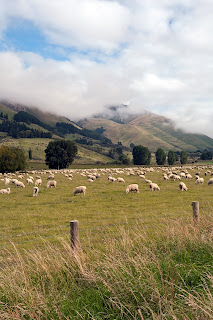 Posted by rocksandfeathers at 5:01 PM No comments:

When Irish Eyes Are Smiling 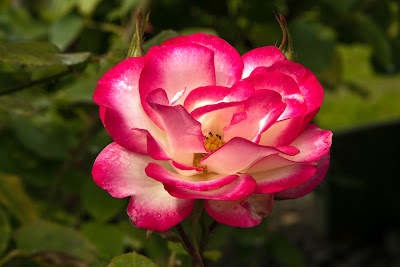 The nice thing about being a hybrid is that you can claim whichever part of your diversified ancestry you choose for different occasions.  Today I will celebrate my Irish Eyes.  :)     We are all in the 'Springtime of our Lives'.

There's a tear in your eye and I'm wondering why,
For it never should be there at all.
With such power in your smile, sure a stone you'd beguile,
And there's never a teardrop should fall,
When your sweet lilting laughter's like some fairy song
And your eyes sparkle bright as can be.
You should laugh all the while and all other times smile,
So now smile a smile for me.

For your smile is a part of the love in your heart,
And it makes even sunshine more bright.
Like the linnet's sweet song, crooning all the day long.
Comes your laughter so tender and light.
For the springtime of life is the best time of all,
With never a pain or regret.
While the springtime is ours, thru all of life's hours,
Let us smile each chance we get.

Posted by rocksandfeathers at 2:20 PM No comments: 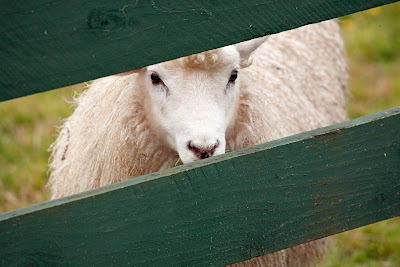 Peek-A-Boo Sheep
Posted by rocksandfeathers at 8:09 PM No comments: 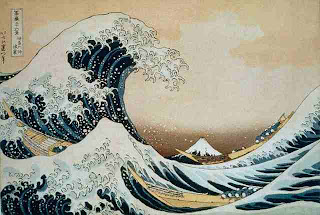 Katsushika Hokusai (1760-1849) created this woodcutting around 1831. It is known as The Great Wave Off Kanagawa, and it illustrates that the violence of nature can be as dramatic as it's beauty.  My thoughts and prayers go out to the people of Japan.
Posted by rocksandfeathers at 6:23 PM 1 comment: 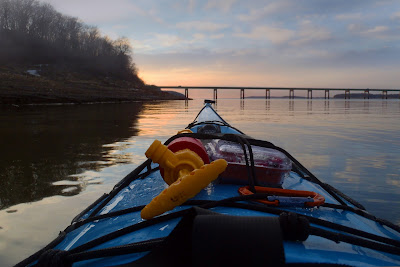 My first time on the open lake this year, and it was a solo run.  In all the excitement I forgot my lights - but I didn't get another ticket; maybe that's a good sign for this season.
Posted by rocksandfeathers at 1:56 PM 1 comment: 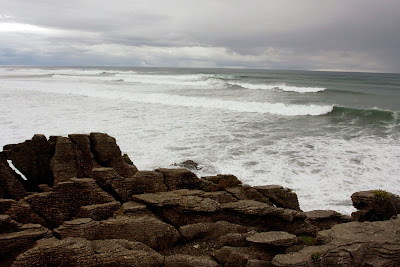 Posted by rocksandfeathers at 4:56 PM No comments:

A Little Bird Told Me... 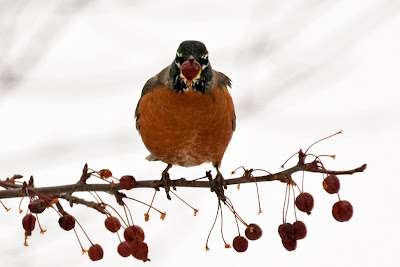 'Until you spread your wings, you'll have no idea how far you can go.'
Spring is almost here! 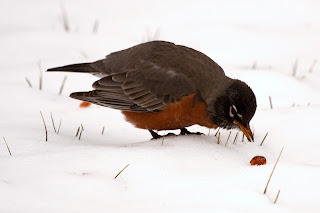 Posted by rocksandfeathers at 3:36 PM No comments:

It's not difficult to take a nice photograph in New Zealand - everything is beautiful and dramatic, or quaint and lovely.  I managed to take over 4,000 photos - of course, many of those were trying different aperatures, shutter speeds, or just different perspectives.  Imagine hundreds of images of beautiful flowers, whimsical Bed and Breakfasts, stormy seas, art festivals and interesting people, unusal sea birds, miles of pastures and mountains...well, anyway - you get the idea.  Here are a few: 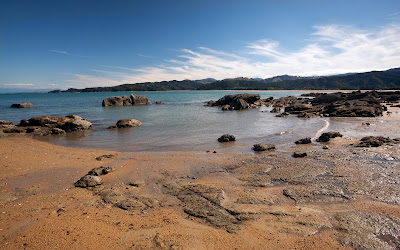 Abel Tasman National Park - Bay at Trail Head
Located next to this Bay is a wonderful little eclectic cafe where I found a beer I actually liked - Tui Beer.  I haven't been able to find it in Iowa... 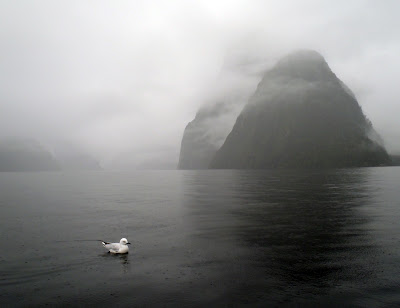 'Percy' the Black-Billed Gull (Larus bulleri) was quite tame and perched on our kayaks for awhile.  Black-billed Gulls are the most threatened of our gull species and are only found in New Zealand. 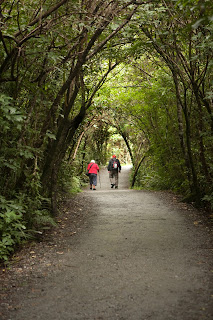 Some folks find love throughout this long journey....
Pathway to Franz Josef Glacier.
My camera appreciated the red coat and cap.  :) 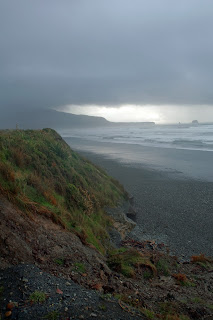 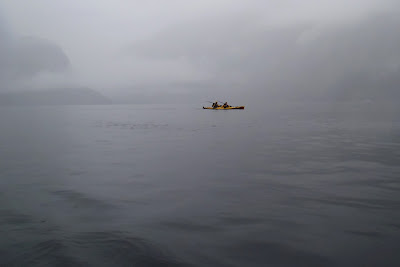 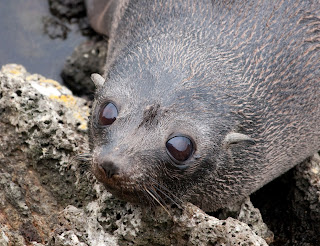 This seal pup is actually very far away and down a cliff - but he could see me and was very curious about what I was doing!
I took this for Patty T-B.  :) 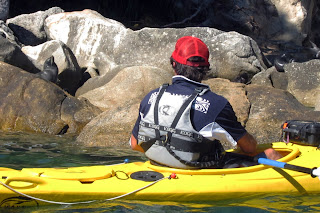 It's always a treat to paddle with seals in their natural environment. 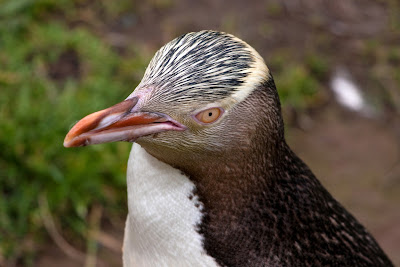 Yellow-eyed Penguin (Megadyptes antipodes) is the third largest penguin in the world and found only in certain parts of New Zealand.  New Zealand has no native land animals - and many of the birds grew large and flightless over time because they had no need to escape from predators.  Introduced species have resulted in the rapid decline, or in some cases extinction, of many of the native birds and plants.

This adult penguin had just emerged from the sea to feed her chick who was waiting in the cliffs (photo was taken with a 400mm telephoto lens). 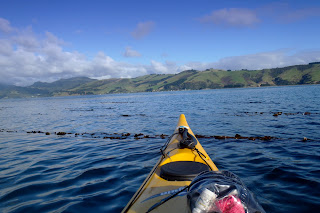 Kayaking to Taiaroa Head at the end of Otago Peninsula - I would have taken some more interesting photos of the sea and swells once I was past the Point, but if I had stopped paddling I would have drowned! 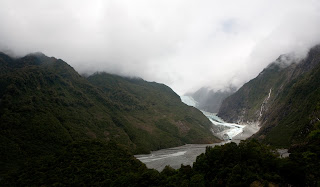 Fox Glacier - it's BLUE, as is the melting ice and water creating beautiful cyan-blue lakes and rivers. 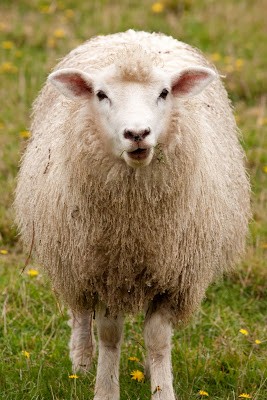 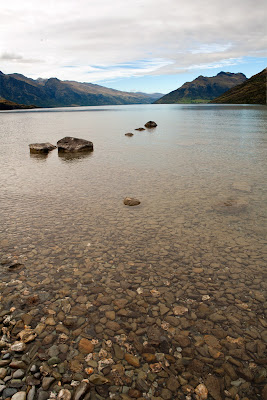 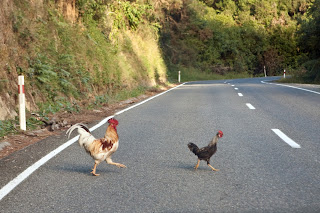 And finally - Why DID the chicken cross the road...?

Posted by rocksandfeathers at 10:25 PM 5 comments: